BRAND DEVELOPMENT / DIGITAL PLATFORM
Contributions
— Logo & Design
— Website Launch
— Product Design
— Design System Handoff
Project Overview
Blockdaemon is a complete blockchain infrastructure platform built for both developers and enterprises. I had worked with the founder on a previous project and he reached out to me to help take the company from ideation to initial project launch. Starting with just a name and a few wireframes from the engineering team, we worked closely to bring the product to life over a few months of close collaboration. Today, Blockdaemon is the leading  hosting platform for the enterprise blockchain industry with over 1000+ nodes launched, 20+ supported protocols, and a rapidly expanding team. 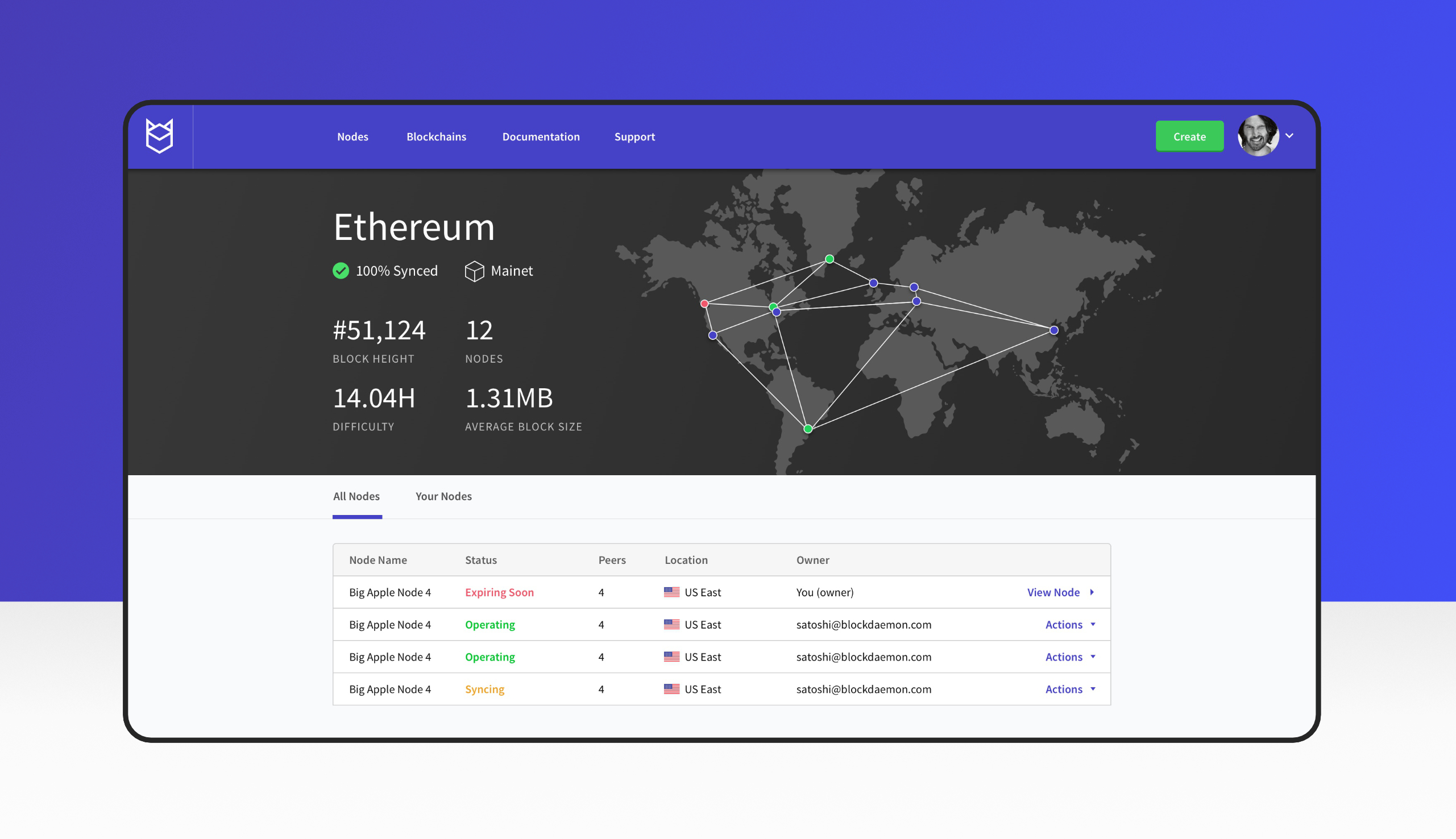 Developing the Brand
In computing, the term "daemon" refers to a program that runs in the background. The term was coined in 60's by programmers at MIT and draws inspiration from a famous thought experiment in which an imaginary demon constantly works in the background, sorting molecules.
‍
With this analogy in mind, I explored imagery related to chemistry, node topology, and settled on an underlying isometric grid. The horns on top of the isometric cube came next and we paired the angular features with the Futura font family. 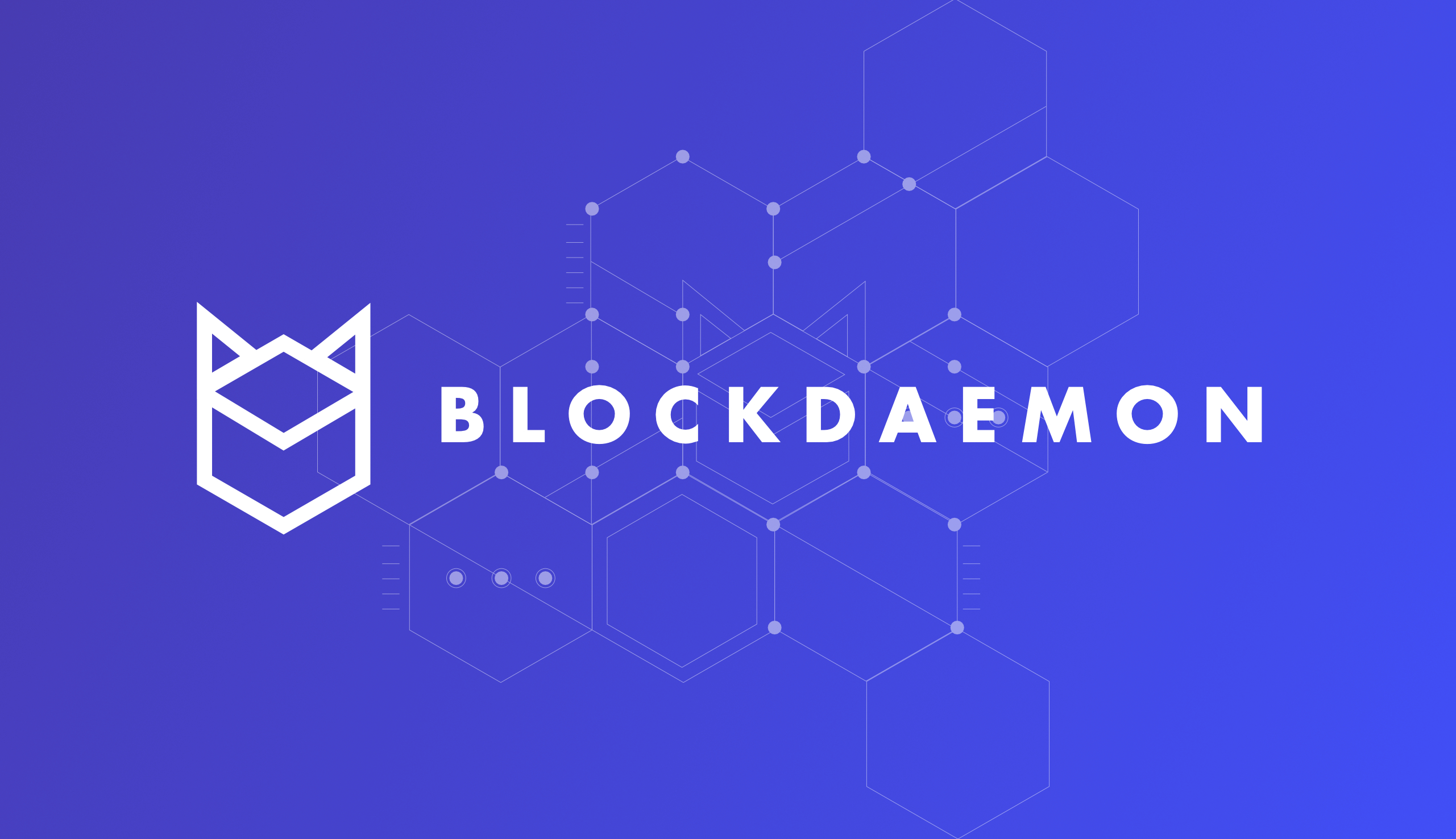 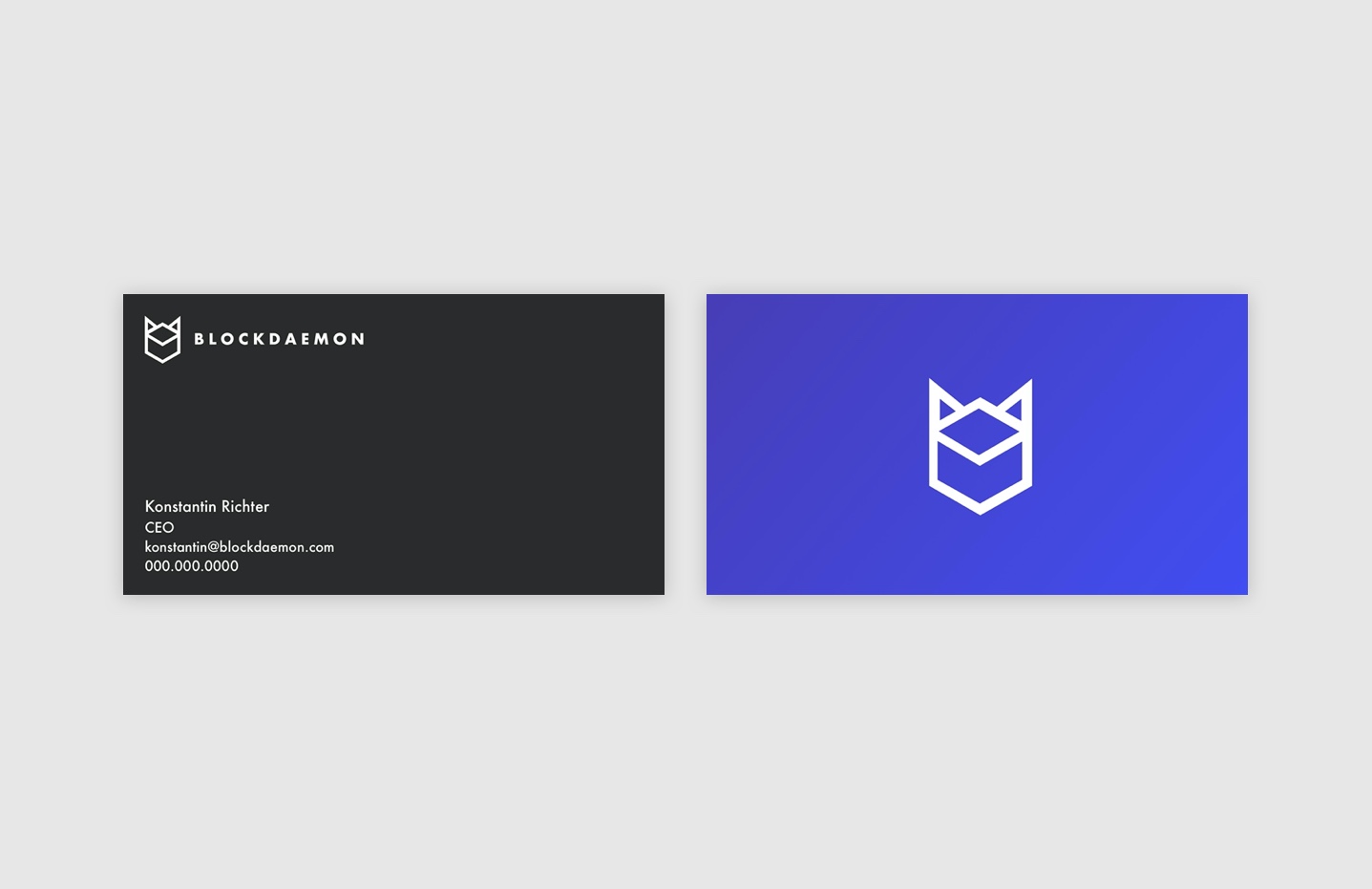 Minimal Loveable Website
Once the brand was established and we settled on a devilish purple, The next step was to get a landing page up soon as possible. There was already well structured content in keynote and I worked closely with the engineering team to rapidly prototype a a landing page. 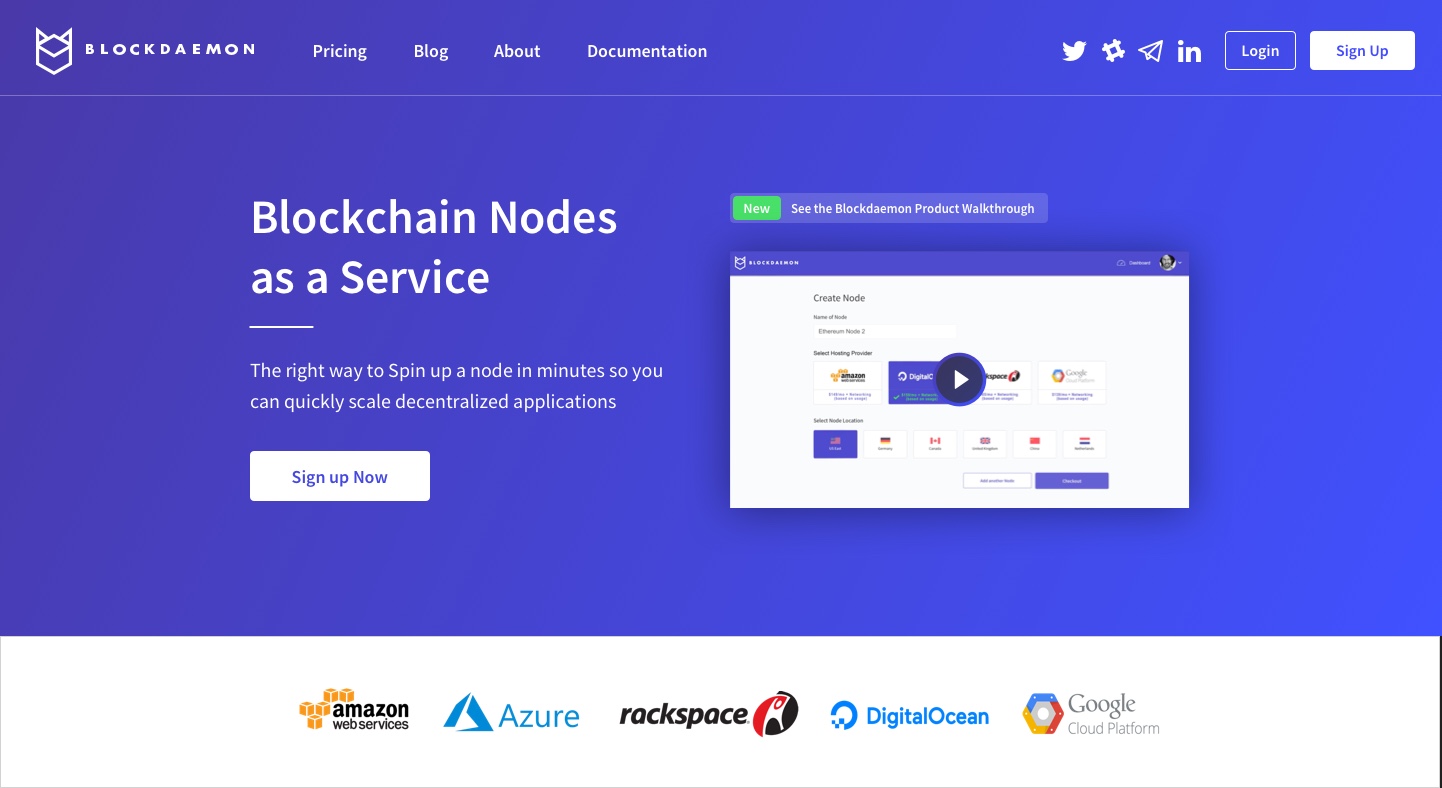 Snapshot of the initial landing page

Developing the Product
The Blockdaemon dashboard is a web app that allows developers and enterprise users to set up their blockchain infrastructure, manage payments, enable add-ons, and deploy smart contracts.

At the time, anyone wanting to host their own blockchain node had to hire a developer to download the software packages and host it on a server manually. The goal of the dashboard was create an frictionless experience that allowed both developers and non-technical users to deploy a node with ease.

Because of this, we designed the onboarding to prompt users toward this initial setup allowing them to deploy a node within minutes of creating an account. While the focus was on usability, developers were an important user story that we needed to accommodate for. By exposing more advanced configurations in menus we ensured that they would have these settings available  without tripping up the average user in their initial onboarding experience. After the initial setup, a status screen was designed to allow users to check in on the status of their infrastructure, manage payments, and add additional users to the account.
‍ 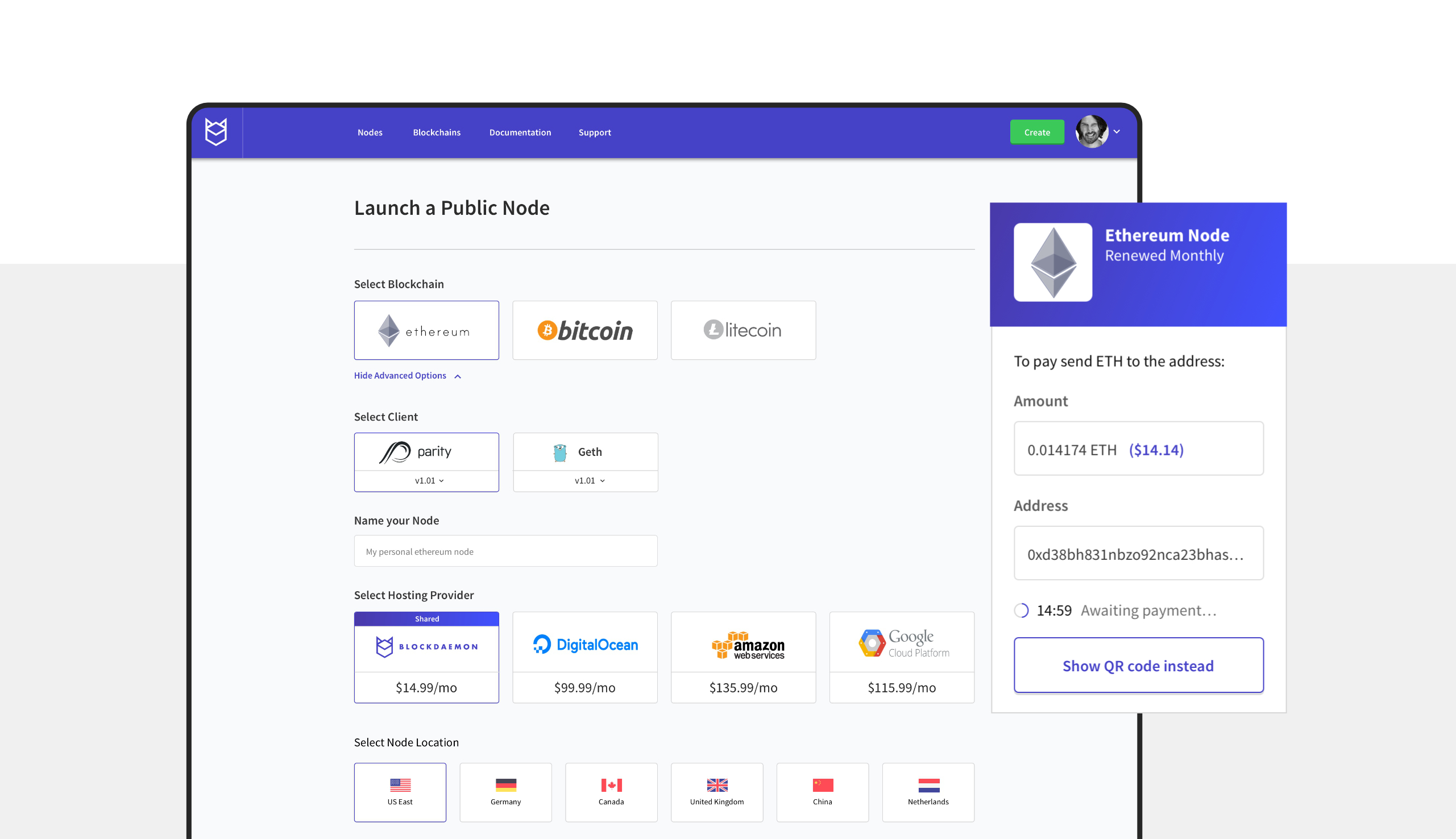 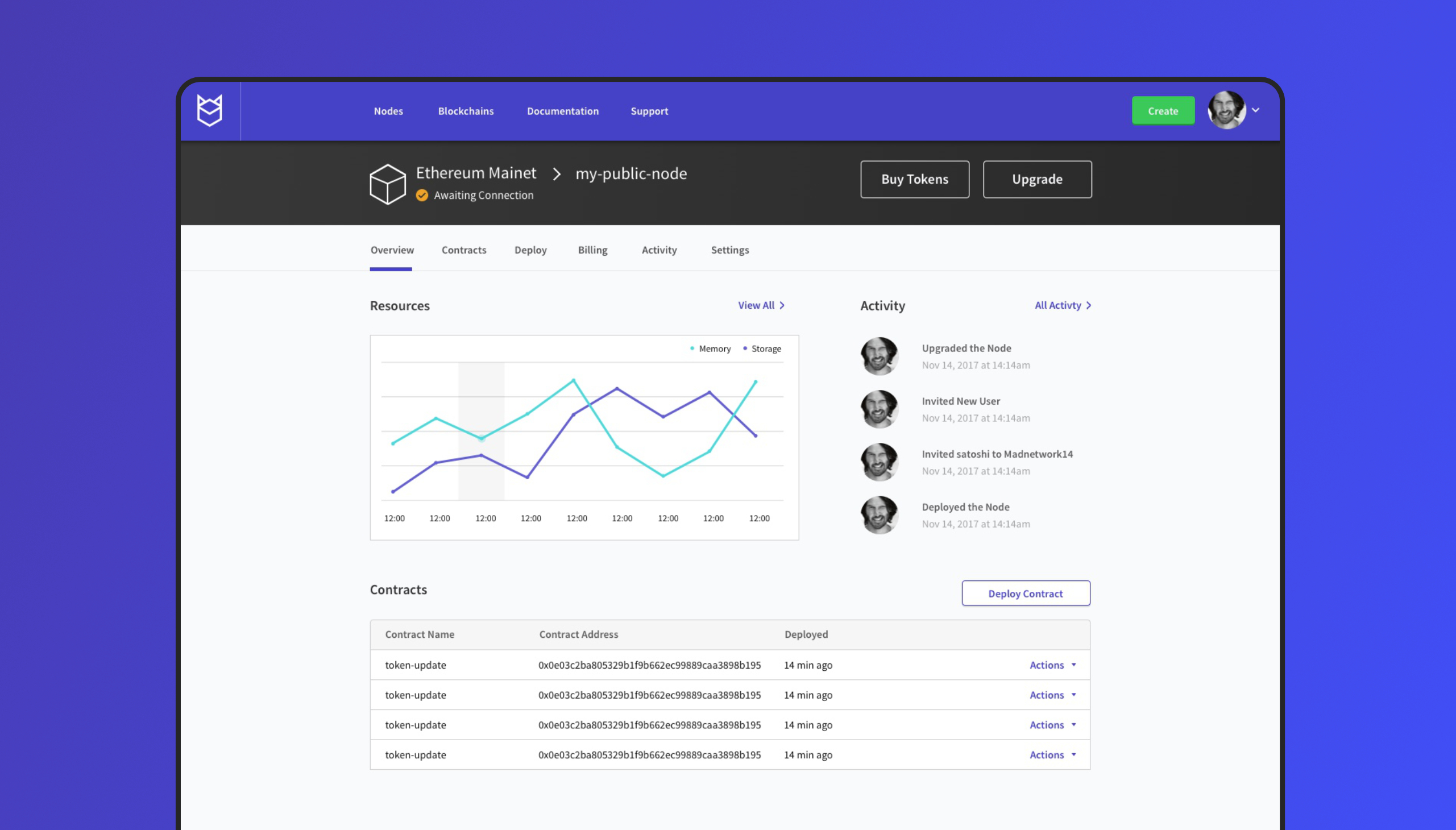 Putting it all Together
I  designed the prototype in Sketch, and made use of linked symbols to maintain a consistent style guide while iterating on various screens. This allowed me to focus primarily on the screens necessary to complete the initial prototype, while simultaneously building up a component library that could be used in the future. Regular meetings were held with the development and business teams in an effort to developed a shared design language.

Since most of the team was heavily embedded into the industry and the project at hand, I consistently ran impromptu user tests with people unfamiliar with the product. This allowed me to get fresh and unbiased feedback and fix some glaring holes in both the language being used as well as issues with the overall usability of the platform.

Once the initial prototype was finalized, I extracted all of the components into a single document and worked with the engineering team to make sure they understand not just the blueprints, but the logic and patterns of the underlying system. It's inevitable that specs change during implementation, and we wanted the engineering team to understand the system so they could make on the fly decisions without having to reach back out to a designer for minor adjustments. 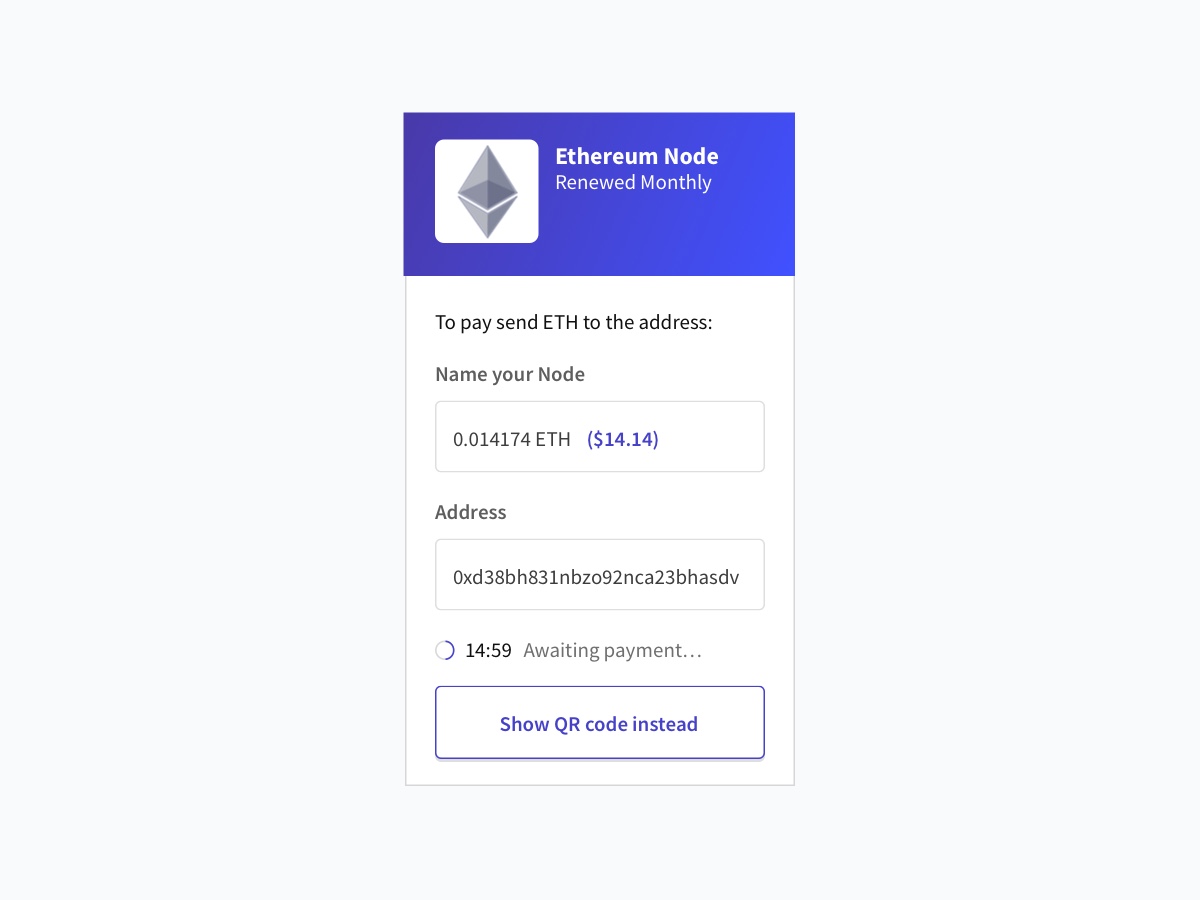 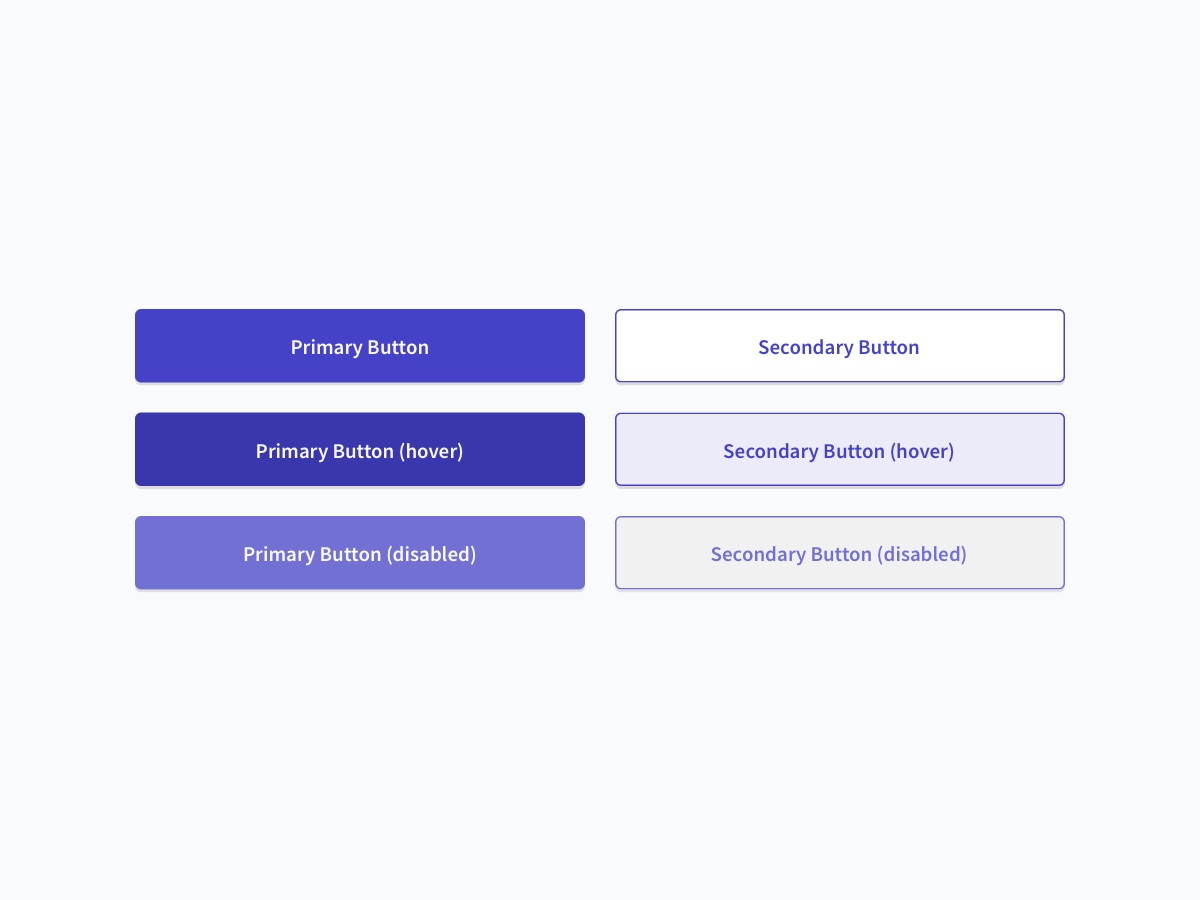 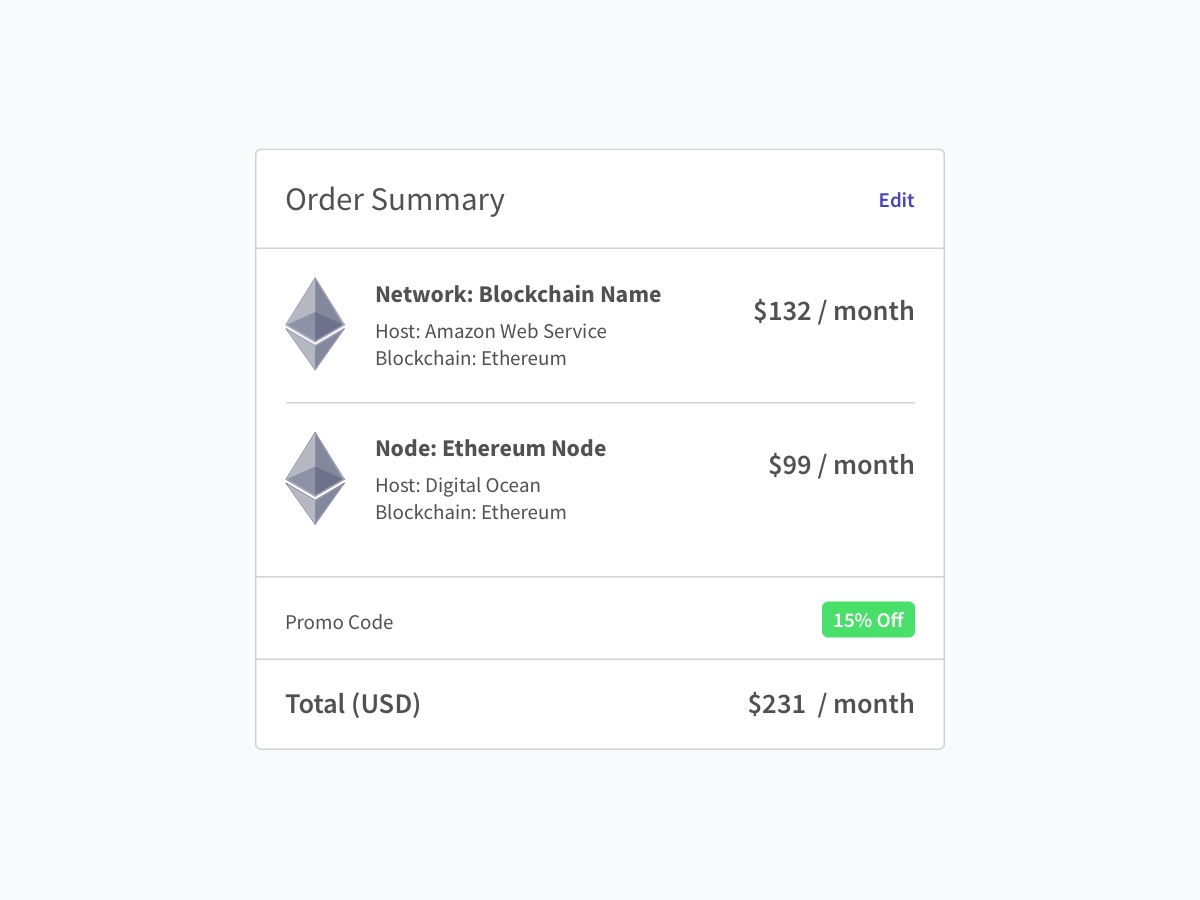 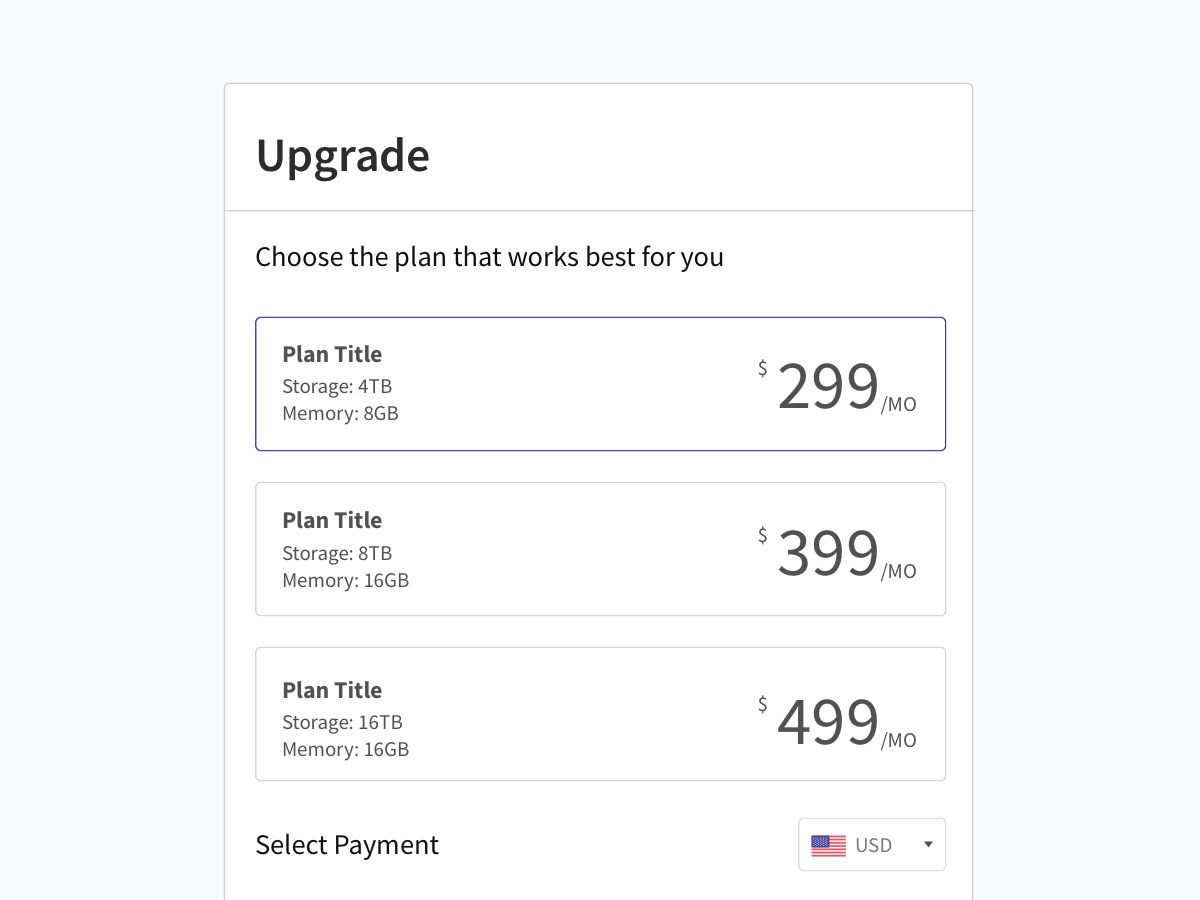 A few components from the UI library 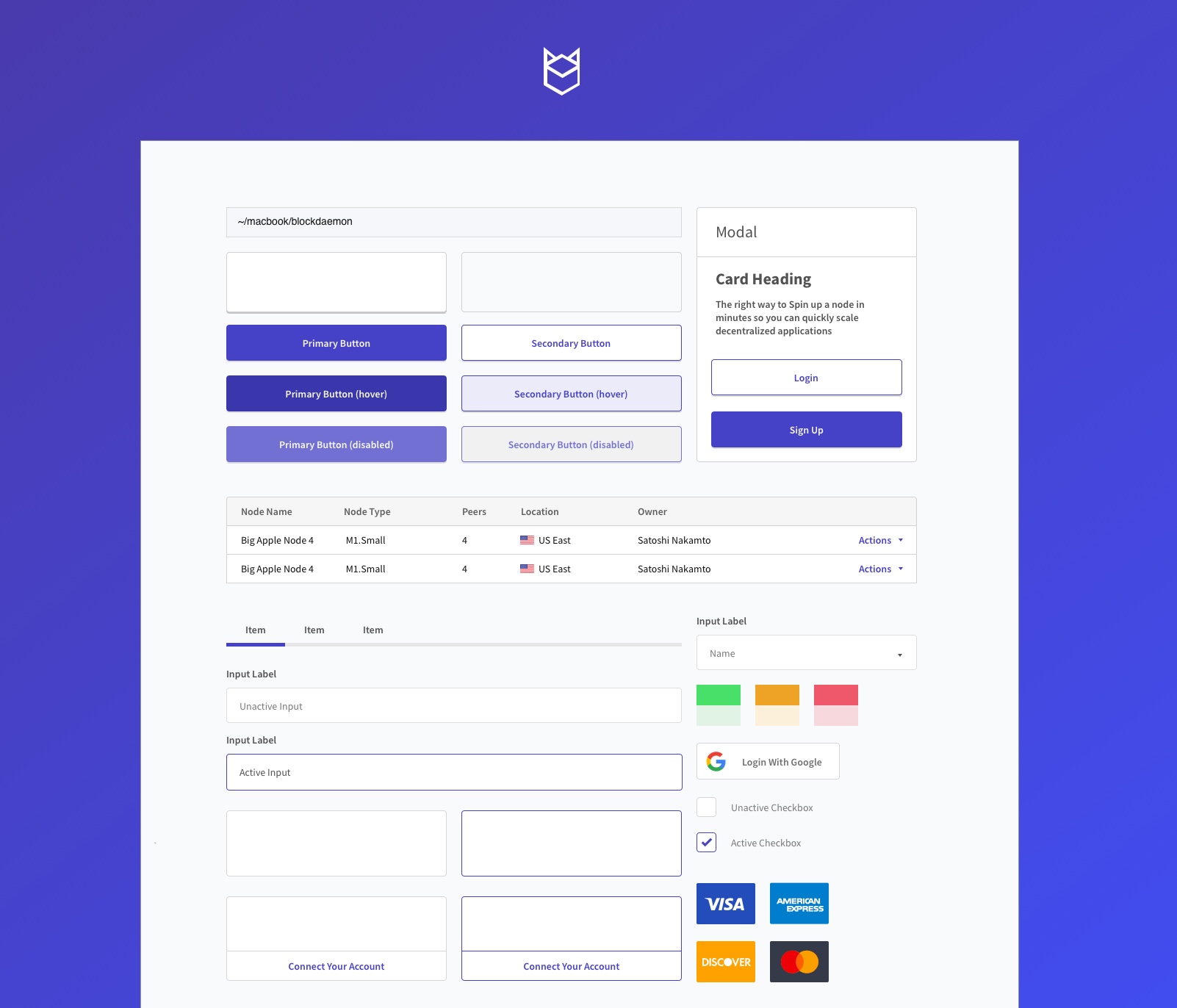 Conclusion
I worked as the sole designer on this project, partnering with a business and technical founders. I conducted research, prototyped the platform, and developed a brand identity and narrative that made Blockdaemon a memorable brand with customers.

After this project was complete, Blockdaemon went on to successfully raise money with Comcast Ventures leading the round. Since then they have launched over 1000+ nodes, partnered with 20+ protocols, and expanded their platform with an in-house team of of developers.